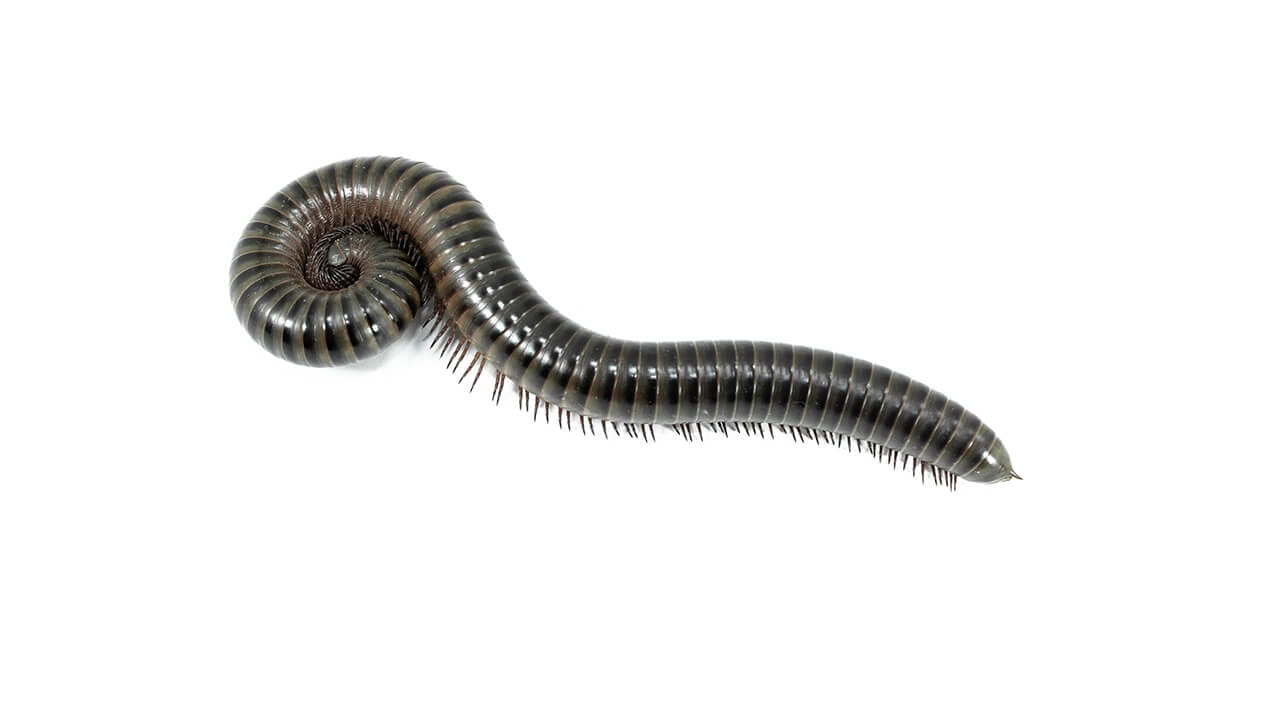 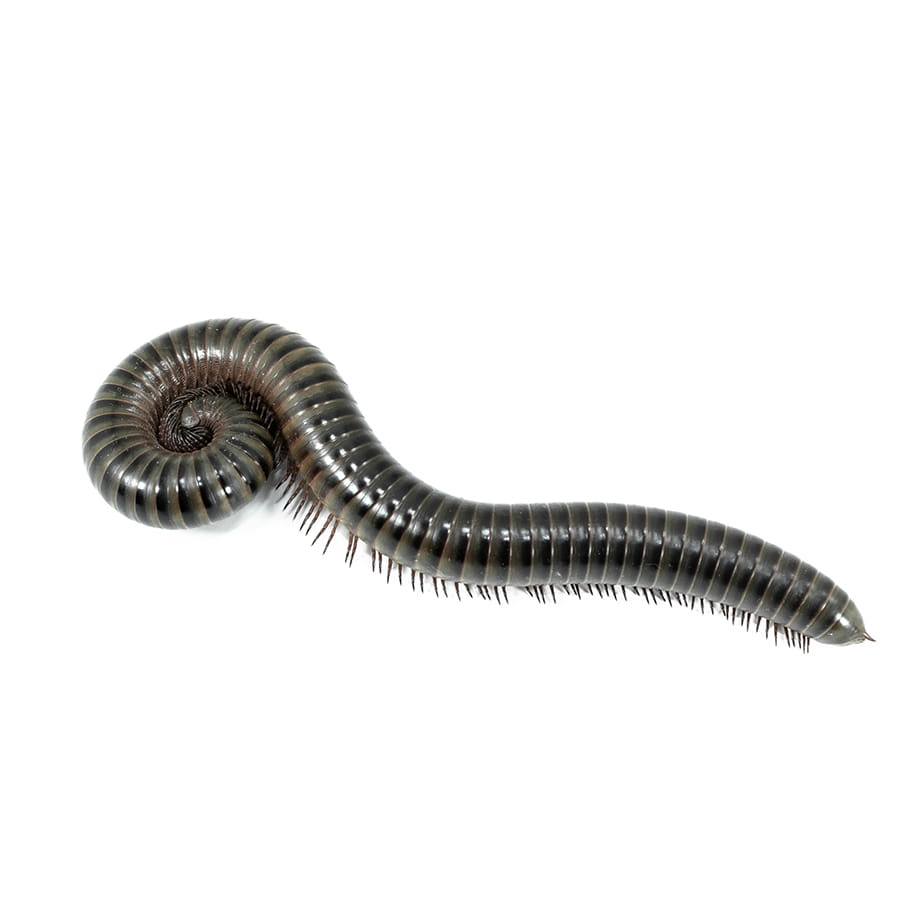 Millipedes live under leaves, rocks, wooden boards, and other locations that provide a cool, damp habitat. Occasionally, millipedes enter structures in great numbers causing alarm but are not dangerous to humans. Millipedes are not poisonous, but some species have glands capable of producing irritating fluids that may cause allergic reactions.

Millipedes have a long cylindrical body that is typically brownish or blackish, found outdoors in high moisture conditions or nearby decaying organic matter. They are not dangerous to humans but can be a nuisance.

The millipede is typically brownish or blackish, worm-like creature with 30-90+ very short legs. Some species are flat, but each millipede has two pairs of legs attached to each body segment (except at few segments at both body ends). They range in size from 2-115 mm (1/16 – 4½ inch) long. Millipedes curl up tightly when touched, or after it dies.

Millipedes are found outdoors in cool, damp places. They are most active at night and commonly found under trash, grass clippings, mulch, rotting firewood, etc. but can invade properties. Millipedes usually die within a few days of entering a structure unless there is high moisture and food supply source.

A female millipede can lay between 20 to 300 eggs in nests in the soil. After several weeks, the eggs will hatch. Young millipedes will only have three pairs of legs with seven segments. There are 7-10 molts in lifetime. With each molt, millipedes add additional segments and legs until they reach sexual maturity — usually in two years however it can take 4 to 5 years, depending on the species. Millipedes sometimes migrate in large numbers, particularly after heavy rains in the late summer or as the weather cools.

What do they eat?

Are millipedes harmful to humans?

No, they are not, but some species of millipedes have glands capable of producing irritating fluids that may cause allergic reactions. Millipedes will leave a lingering odor on their hands if touched.

How do I control millipedes around my home?

The first and most important step in controlling millipedes is eliminating objects that provide hiding places like trash piles, rocks, boards, leaf piles, compost piles, and similar materials around the outside of your home. Make sure doors and windows fit tightly and caulk cracks and crevices that permit their entry to the inside. Seal foundation cracks and any gaps just above the foundation.

What role do millipedes have in the ecosystem?

Outdoors, millipedes are beneficial as they feed on insects and recycle decaying organic matter.