Everything you need to know about the Zika virus 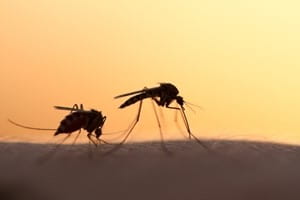 On Feb. 1, 2016, the Zika virus was declared a public health emergency of international concern by the World Health Organization (WHO). Spread through the bite of an Aedes mosquito infected with the virus, Zika was named for the forest in Uganda in which it was originally discovered in 1947. Five years later, the first human cases were reported and since then there have been outbreaks of the disease in Africa, Asia, the Pacific and the Americas, asserted the WHO.

Recent cause for concern

New to the western hemisphere, the Zika virus has been causing much alarm following the Pan American Health Organization's alert confirming the first reported Zika virus disease in Brazil in May 2015. Since last spring, many other countries have also declared outbreaks of the disease and it is only expected to spread, according to the source. Due to the growing concern that the disease can cause birth defects, pregnant women have increasingly been advised to avoid traveling to a number of countries.

The Centers for Disease Control and Prevention has noted that confirmed cases of the disease have been reported in U.S. territories Puerto Rico, the U.S. Virgin Islands and America Samoa. While no mosquito-borne Zika virus cases have been reported in the U.S. thus far, travel-associated cases have been - meaning that travelers to these countries have returned with symptoms of the virus. Travelers coming and going will likely cause an increase in the risk of disease in the U.S. and Canada.

According to the PAHO, rash, mild fever, conjunctivitis and muscle pain are the most common symptoms of the Zika virus and they typically occur about 2 to 7 days after an individual is bit by an infected mosquito. Only 1 out of every 4 people will develop the signs. For those who do, symptoms tend to be mild and last for about one week. Because symptoms are similar to those of yellow fever, dengue and chikungunya - because these diseases are spread through the same mosquito - it may sometimes be hard to diagnose. If you have recently traveled to a region where Zika is found, the CDC advised seeing your health care provider.

The biggest concern, reported the New York Times, is that the Zika virus may cause brain damage in infants, however experts can't confirm how it happens or if the disease is even the cause. Yet reports have still suggested that Zika may cause microcephaly following the increase of babies in Brazil born with this condition since last October. Microcephaly causes small heads and sometimes brain damage in infants. Cases vary from infant to infant but sometimes developmental delays, loss of hearing or intellectual complications may occur reported the news source. There is currently no treatment and ongoing research to find concrete facts still continues.

The best form of prevention is to avoid areas in which Aedes species mosquitoes are known to be found. If travel is necessary, the CDC has suggested taking all proper precautions and using EPA-registered insect repellents and following the labels accordingly, reapplying as often as suggested. Stay in places with air conditioning or mosquito-proof screens and windows. For those living in areas where the Zika virus is known to be present, the PAHO advised sleeping under mosquito nets, use repellents and covering exposed skin with long shirts, socks and pants. These considerations are especially vital for those who are pregnant.

As there are still no treatments available for the Zika virus, the WHO has suggested getting plenty of rest, drinking lots of fluids and treating the fever and pain with normal medication. If symptoms persist, seek medical care.