Sow bugs are harmless to humans but not their gardens 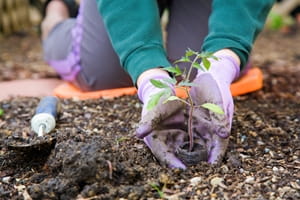 Like a lot of pests that are drawn to outdoor areas, and gardens in particular, the sow bug isn't a threat to humans. They don't spread disease or contaminate your food. They won't bite you and will leave you alone if they wander into your house.

That doesn't mean they aren't as annoying as other pests. If your planting is located too close to your home, you're likely to see some sow bugs, also called pill bugs, make their way indoors. Taking steps to limit their access is how to minimize the intrusion.

Their name is actually a misnomer, because sow bugs aren't bugs at all. They're crustaceans that have adapted to land life and have more in common with crayfish than they do with insects.

Be that as it may, if they have enough vegetables and moist soil where they can thrive outdoors, they're likely to increase in numbers to the point that you may have to call in the experts. Professional pest control outfits like Abell Pest Control will be able to assess the scope of your problem, customize a plan of action for pest removal and give you tips on how to prevent another infestation in the future.

You're most likely to find sow bugs in your plant beds at night when they're typically active. Young plants are particularly susceptible to them and at a point when they're trying to take root. Sow bugs gravitate to your garden's seedlings, new roots, lower leaves and any fruit or vegetables that are directly on the soil or near a damp soil surface.

Much like with other pests drawn to flower and vegetable gardens, there should be some distance between plantings and the house to prevent easy entry into your home.

They're also drawn to piles of firewood, particularly if it's damp. To prevent sow bugs from settling into a wood pile, dry it out as much as possible in the air, then store it away from soil by creating a raised platform from bricks or concrete blocks.

Moisture in cracks and crevices near your house's foundation can also draw these pests indoors. Fill even the narrowest crack, because the small size of sow bugs allows them to permeate entry points quite easily. By doing this, you're also taking steps to prevent other pests from getting into your home.

Clean out any damp debris and organic matter you have cluttering your property because sow bugs are likely to end up feasting on that as well. 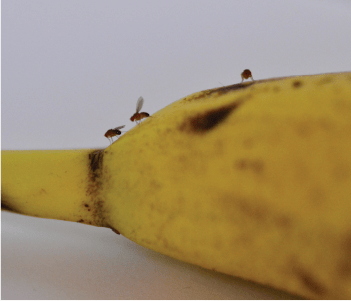