Voles, not moles, and how to identify them 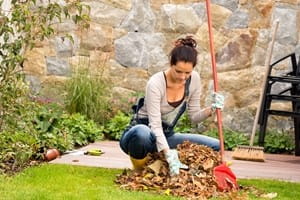 Upon first glance you may think that those tunnels and burrow openings in your yard, next to a mess of damaged crops and plants, belong to a family of snakes. However, many homeowners and gardeners will quickly learn that these underground tunnels have actually been dug by the rodent known as the vole - not to be confused with the mole.

According to the National Pest Management Association, the vole is compact and stocky with fur that is usually brown or grey and is typically between 4 and 8 inches long. This furry little pest has a short tail, small eyes and tiny ears that are partially hidden by its fur. The underfur of the vole is typically quite thick and covered with longer guard hairs. The 23 different species of voles can be found across all regions. The animals do not hibernate and are active year-round, day and night.

While the vole doesn't pose any serious threat to humans, it can cause extensive damage to your fields, crops, gardens and plantings. According to The Old Farmer's Almanac, voles prefer fields and lawns that have lots of vegetation and coverage. Mulch and weeds provide them with both food and hiding spots. When it comes to your crops, backyard and garden, voles are capable of causing extensive damage. These pests will eat away at bulbs and root vegetables, as well as shrubs and trees. They also pose a serious threat to golf courses, lawns and ground covers. Their complex burrow systems, which can house several adults and young voles, are also known to damage crops from the bottom up.

Avoiding an invasion of voles or at least keeping the population to a minimum is the best case scenario when it comes to pest control. One way to do this is by reducing the vegetative cover in your area, according to the University of California Agriculture and Natural Resources. Reducing the vegetation also makes it easier to detect the voles in the first place. Removing the vegetative cover altogether would make your property undesirable for voles, eliminating the risk of invasion. If you noticed a growing population of the pest in your lawn, baiting or trapping are two alternative methods for managing the voles. If the situation gets too out of hand, it's best to call pest control management.