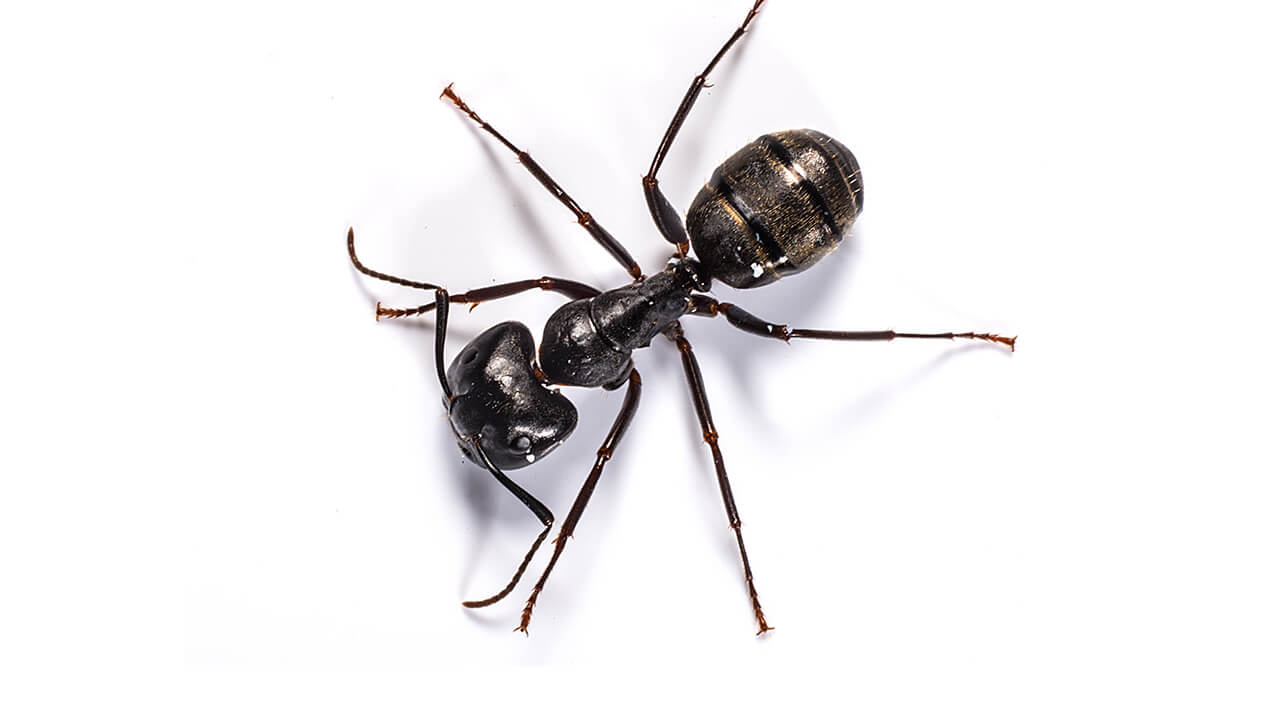 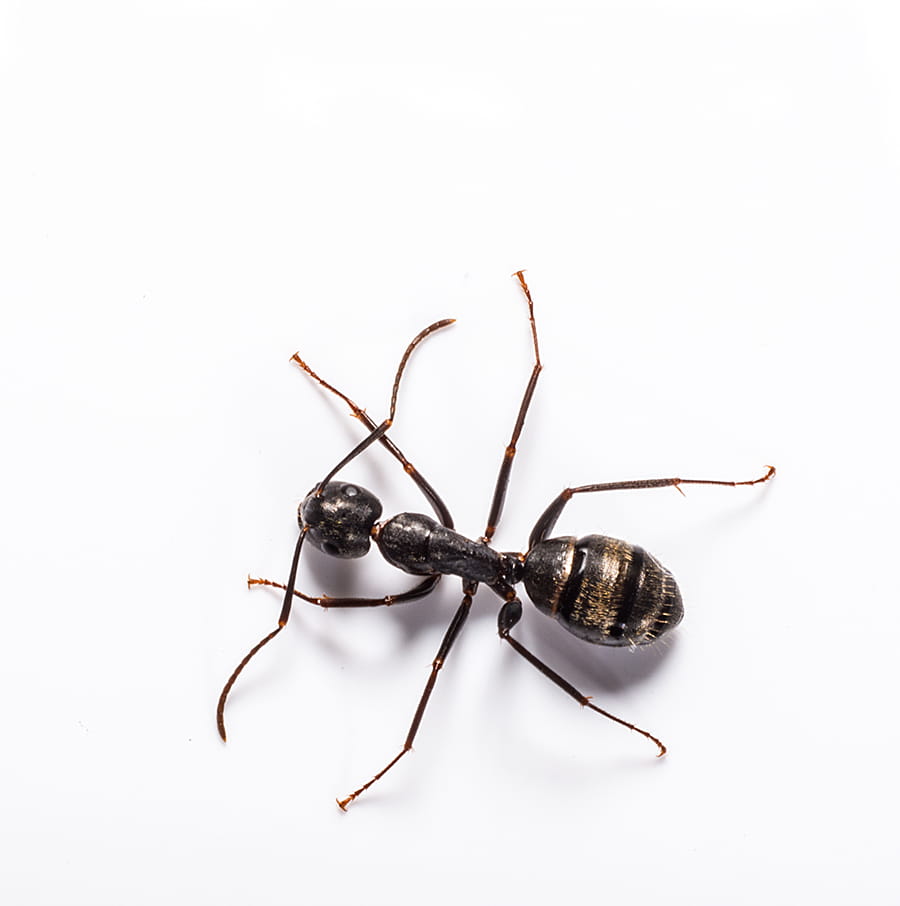 Carpenter ants can enter homes and businesses via wet or damaged wood. They will also enter through cracks, holes, and gaps around windows, roof eaves, and doors, creating paths through wood causing extensive damage.

Although they do not sting, carpenter ants can inflict bites.

Carpenter ants get their name from their nest building, where they excavate the wood and form smooth tunnels (called galleries) inside of it. Carpenter ants do not eat wood. They only tunnel and chew through it to create nests.

A carpenter ant’s thorax is evenly rounded when viewed from the side, with a single node between the thorax and abdomen.

Carpenter ants build their nests outdoors in various wood sources, including tree stumps, firewood, or landscaping. They need a moist or humid environment source to survive. Carpenter ants will enter the house through wet, damaged wood.

Carpenter ants are most active at night and nest in moist wood near a moisture source such as stumps and wooden fence posts. On properties, carpenter ants often nest in hollow doors, wood cabinets, near dishwashers, behind baseboards, in basements, and attics. Normally, Carpenter ants establish a main or parent colony (nest) and construct several “satellite colonies” within the same or nearby structure(s).

Carpenter ants live in colonies that take several years to establish. Each colony has a queen who lays eggs. Worker ants guard the nest, forage for food, care for the eggs and young, and build new nests to expand.

An average colony has a few thousand up to tens of thousands of carpenter ant workers.

A queen can live as long as ten years, while the male ants only live for a few weeks to several months since they die shortly after mating, and sterile female worker ants will live a few months to several years.