Common pests found in your basement 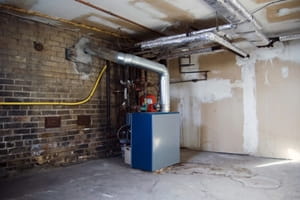 Basements are a part of the house that homeowners don't frequent often. As a result, they make a great home for pests that can easily crawl through small spaces in windows and wall cracks to get access to your home. However, only certain creatures are fans of basements. Consider these pests that may try to invade your basement.

Though some people may believe spiders are an asset to a home, as they can kill other pests, some types may be vicious and unkind, InsectIdentification.org noted. Certain spiders, such as the wolf spider or brown recluse spider, can inflict a serious amount of pain on a person and possibly kill them depending on a person's age. Though most spiders will not immediately attack a person, they may if they feel provoked. Spiders are big fans of basements mainly for their seclusion. Homeowners can prevent dangerous or poisonous spiders in their basement by reducing clutter. Spiders primarily like to hide in dark spaces behind boxes and other objects. Keeping these areas organized will reduce your likelihood of welcoming a spider population in your basement.

These quick, multi-legged bugs often scare homeowners upon an initial introduction. Though silverfish aren't actually dangerous, they may still frighten you. These pests are a fan of damp, dark places, which is why basements are an ideal home, University of California, Davis stated. Normally, silverfish are brought into a house on some sort of paper product, such as a box, as that is what they mainly feed on. However, if they make it into the main part of your house, they may go after certain textiles, such as silk, biting small holes into them. Keep silverfish out of your home by purchasing a dehumidifier, which can take all moisture out of a basement or other damp area. They also may hide under cabinets if there is a leaking pipe, so check your plumbing often.

Basements are home to several things that may allow moisture, including laundry machines, bathrooms and possibly cracked piping. All three of these often provide puddles of water, which is a cockroach's paradise, deBugged noted. These pests can thrive off water, and a secluded, dark space is a perfect breeding ground. Cockroaches are sneaky, and only come out at night when homeowners aren't around. However, if you don't visit your basement often, this is a great spot for cockroaches to hang out. You may not know you have a problem for months until you discover multiple roaches in your home. Keep these gross creatures out with a dehumidifier and by decluttering, which will give them very few hiding spots.