Common pests to look out for this summer 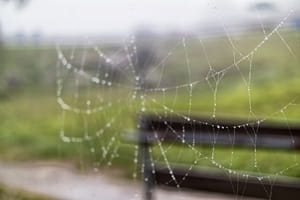 Summer isn't just a time for people to get out and enjoy the warm weather - it's also a time for many pests to become more active. More lively pests can spell infestations and unpleasant encounters for many homeowners across North America. Here's some important information to help you identify if you have one of the summer's most common pests in your midst.

As Missy Henriksen of the National Pest Management Association explained in an informational video, ants are the No. 1 pest in the U.S. and Canada. Unlike other pests, ants aren't usually known to spread disease, but in the summer they can spoil food and invade cabinets. Carpenter ants can also wreck havoc on decks and porches, hurting the structural integrity of where you go to relax. Henriksen recommended that people seal holes and cracks in their homes and keep their floors and tables crumb-free.

Unlike ants, bees and wasps pack a punch. These insects are particularly present in the late summer near some of the season's best activities, the NPMA explained. They often make their homes close to people's pools, grills and porches. Sometimes, just being in these areas can provoke a swarm. The NMPA advised people overseed their lawns, paint untreated wood and ensure that all window screens are hole free.

Although people may not typically pick up fleas while they're spending time outdoors in the summer, their pets sure will. Every pet owner in the North America should be cautious, PetMD warned, because fleas are common all across the country. They thrive in more humid weather and climates, and they can explode in population in just a few days. The best way to avoid this potential pest is to treat your cats and dogs. They'll definitely want to be outside and you won't be able to stop them from contracting the parasite without proper treatment.

Spiders can become a bigger problem in many homes during the summer than other seasons. According to the Colorado State University extension school, male spiders often wander during their mating season, which is the late spring and early summer for many species. This wandering can can lead to infestations of spiders in people's homes.

Although spiders may set up camp indoors during the spring because of mating, they can also head indoors at the end of summer too, to escape dropping outdoor temperatures.