As autumn gets under way crops such as squash, pumpkins and cucumbers will begin to ripen. Just as people get excited about the delicious flavors of the season, so do a number of insects. Bugs like cucumber beetles, spider mites, squash bugs and vine borers tend to come out in full force during this time of the year. Keep reading to learn how to manage these autumnal pests:

Cucumber beetles
Despite their name, cucumber beetles will feed on a number of plants, including pumpkins, squash and melons. According to Clemson University, these insects can cause severe damage to crops, either killing plants off completely or slowing their growth significantly. Cucumber beetles are identified by their yellow, black-spotted bodies and long black appendages. They will feed on all parts of plants and may even transmit wilt-causing bacteria, thus causing further damage. The University recommended covering plants before and after they have been pollinated to prevent beetles from infesting them. Weeding is another effective way of keeping the beetles at bay.

Squash bugs
These insects will lay their eggs on the leaves of squash bugs so that their nymphs will have a ready food supply after they hatch. According to Michigan State University, squash bugs are greenish gray in color and shaped like a shield. When in the nymph stage, they are small and white and leave oval-shaped holes in plant leaves. When left untreated, a squash bug infestation can cause crops to shrivel and die out. If the infestation isn't caught early - before the eggs hatch - the nymphs are extremely hard to remove. The university recommended pyrethroid insecticide as the most effective management solution.

Spider Mites
As their name suggests, spider mites are a member of the arachnid family. From a distance, groupings of the mites will look like a fuzzy brown or orange covering on a plant. Closer inspection, however, will reveal large numbers of mites crawling over the surface of the plant. The University of California reported that spider mites will cause leaves to turn yellow and fall off the plant. Broad-spectrum insecticides often cause mite outbreaks as they are resistant to the chemicals, but their predators are not. As such, farmers can use other predatory mites to control spider mite populations.

Before using any pesticides, always monitor pest population levels and read all warning labels ahead of spraying. 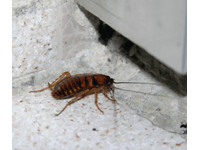 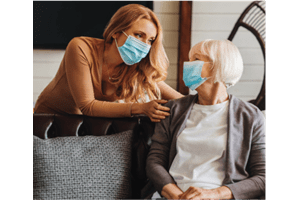